This is a follow up to my posting about materials from the Kamilaroi/Gamilaraay Web Dictionary and my 1993 book Reference Dictionary of Gamilaraay, northern New South Wales being copied without attribution, repackaged and sold in book form.
The ever vigilant David Nash has brought to my attention this wiki which contains Gamilaraay language materials with English glosses, roughly 100 vocabulary items in all. The site is organised into eight subsections:

The “Topics” area is further divided into 50 subcategories, each of which covers a semantic field. Within each of these between one to 13 Gamilaraay terms are given. 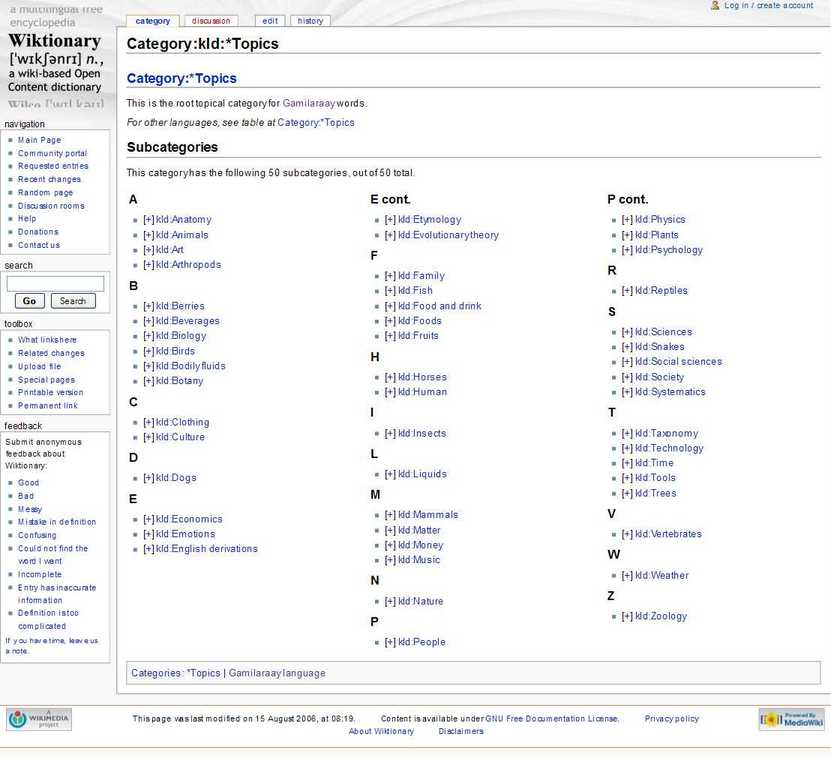 If we look at the individual Gamilaraay vocabulary items we find that not only are full references given to the source from which the material is taken, but the wiki authors have done some research and added new additional information not present in the original source. An example is the word yawu ‘yes’, which appears in my 1993 printed dictionary. The wiki authors have added references to19th and early 20th century materials that contain this item, namely R.H. Mathews 1903 and William Ridley 1856, along with the forms they wrote down. 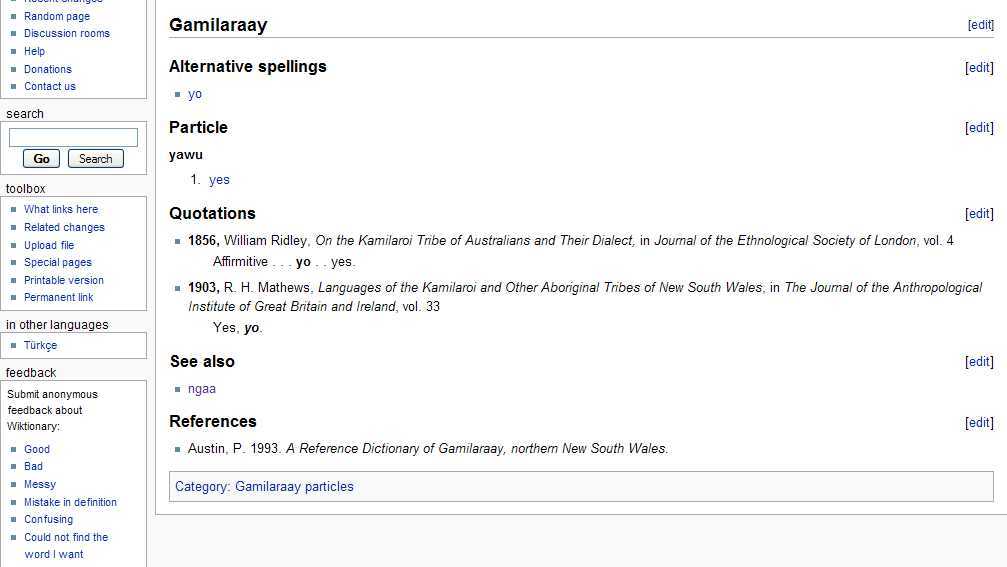 For each entry, by clicking on “edit” one can see the date the information was added to the wiki or edited, and the name of the person who contributed it. All nice, neat and transparent. And all of this is free.
Such a contrast to the way another person works.