Every time I revisited my fieldsite I was asked for copies of photos or recordings and I wanted some way that these could be accessed without me having to be present. When I started visiting Erakor village in central Vanuatu there was intermittent electricity available, usually only in the evenings in the house I lived in.

CD players were common enough, so I was able to make audio CDs with tracks made up of various villagers telling stories or singing songs, or the choir singing hymns. These and the liner notes came out fairly readily from my text/media corpus, so that creating the template CD took about 2 hours and then burning multiple copies was a simple matter.
Over the years the electricity supply has become more reliable, and the school was given a set of ten computers by their sister school in Australia. Having heard about Linda Barwick’s experience in establishing an ITunes installation at Wadeye (see Barwick and Thieberger 2006, and also Linda’s method for getting audio files into publishable form in this blog item ) I decided to do the same thing at Erakor school. 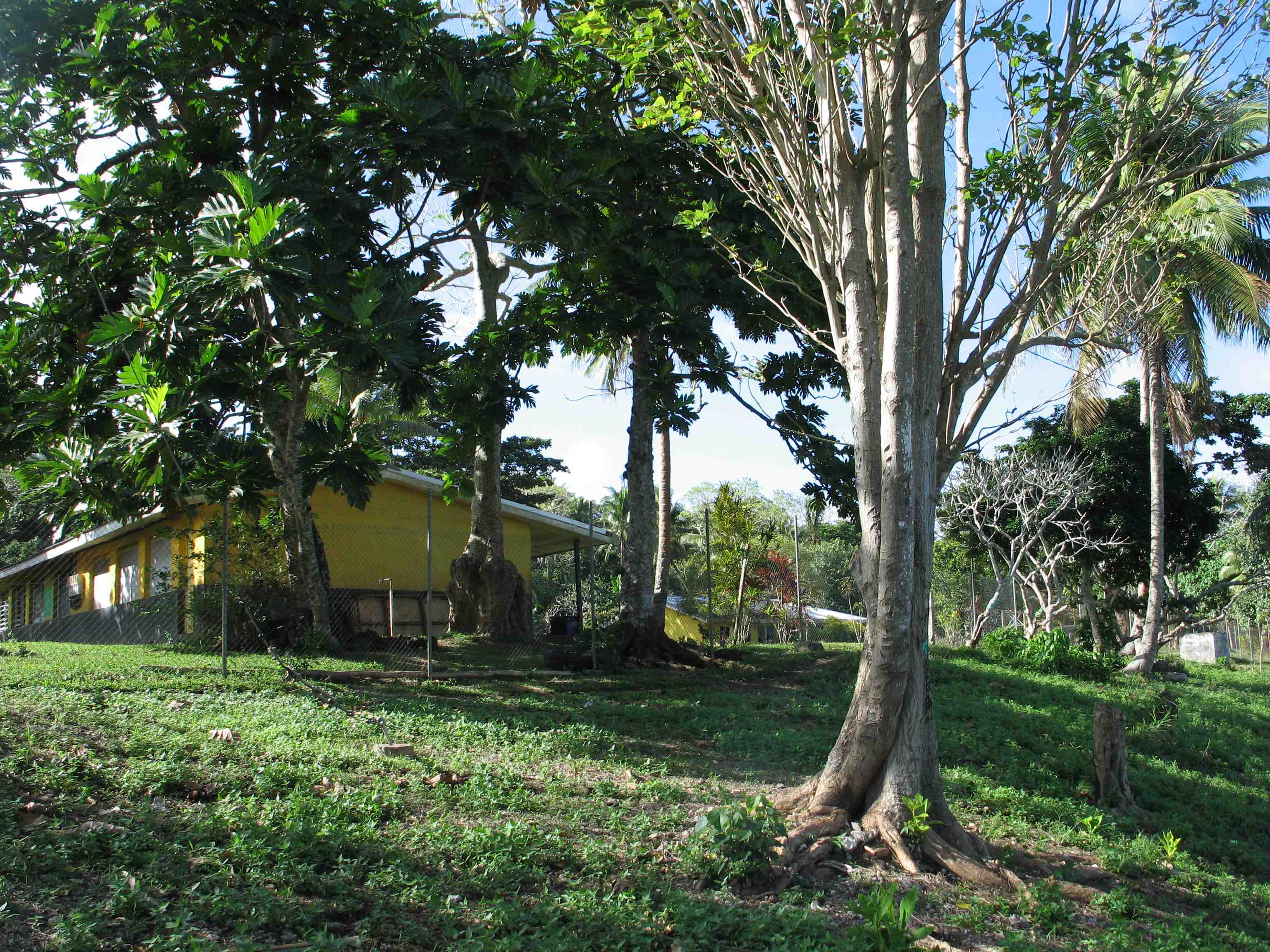 Erakor school in 2008
The same tracks that went onto the CD then were added into ITunes, with names that gave an idea of the contents, and the ‘Artist’ name being the speaker or performer. It is then possible for users to create playlists of their favorite set of stories or songs and to burn them to a CD. 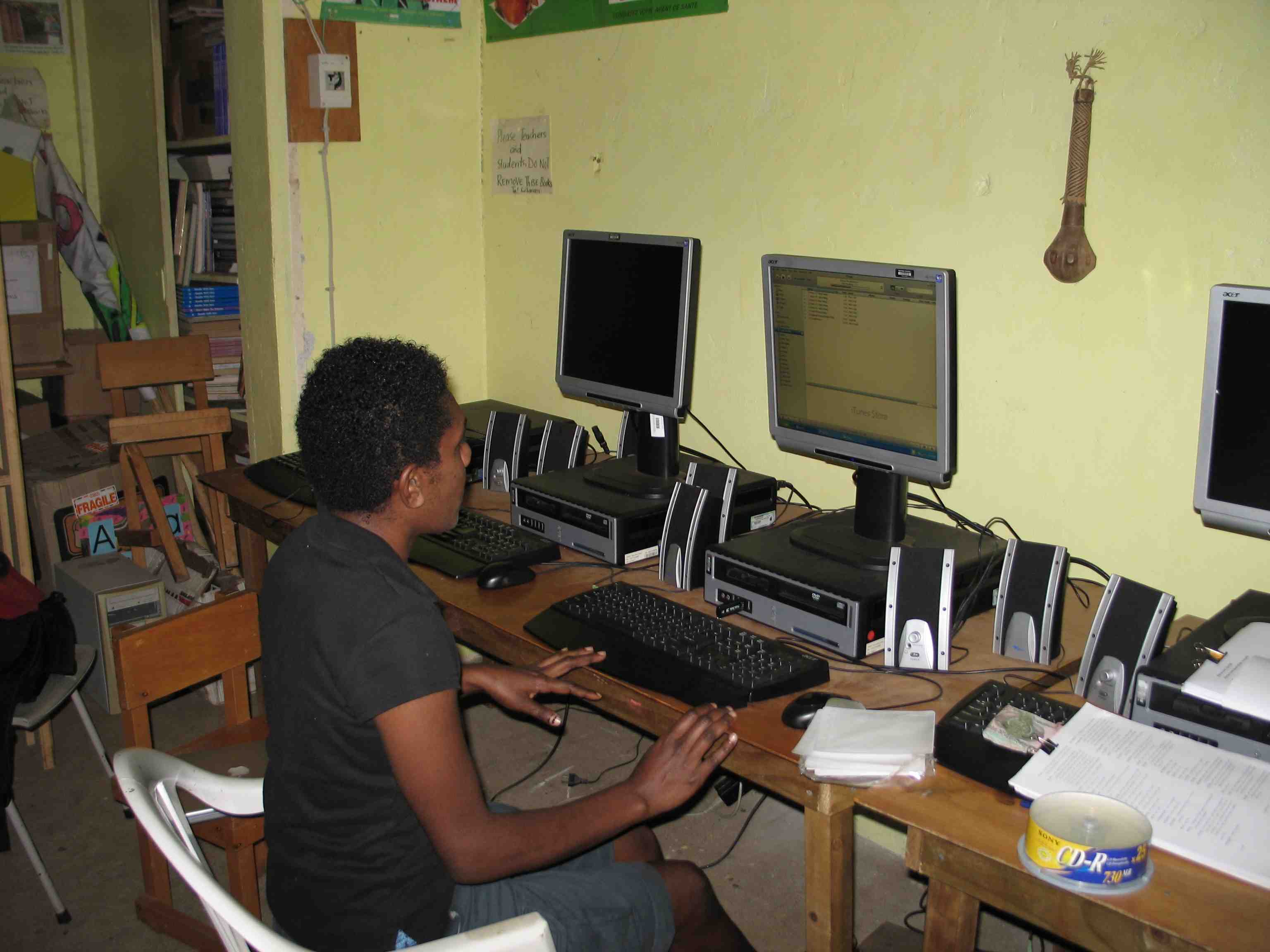 Here’s a picture of Endis Kalsarap constructing a playlist on the school computer.
In order to get the stories into a format that allowed them to be located in the archival file and then segmented into mp3 versions for ITunes I had to have indexed the media files. I did this using software like Transcriber or Elan, and have kept the filenames constant over time so that everything was still locatable, now over a decade since my first recordings were made. I stored these indexed files in a media corpus (in my case in Audiamus) and so could retrieve the start and end time of any text from that corpus. I then used that information to locate the same stretch of media using Audacity, cut the selected piece out as an mp3 file, named uniquely describing the contents (e.g., person name – topic, ‘Kalsarap-Malakula English Police’, ‘Tokelau-Ati Kal go Apu Nar’, ‘Hymn 114 Natus Nalag’). These were then ready to import to ITunes, as you can see in the next image. 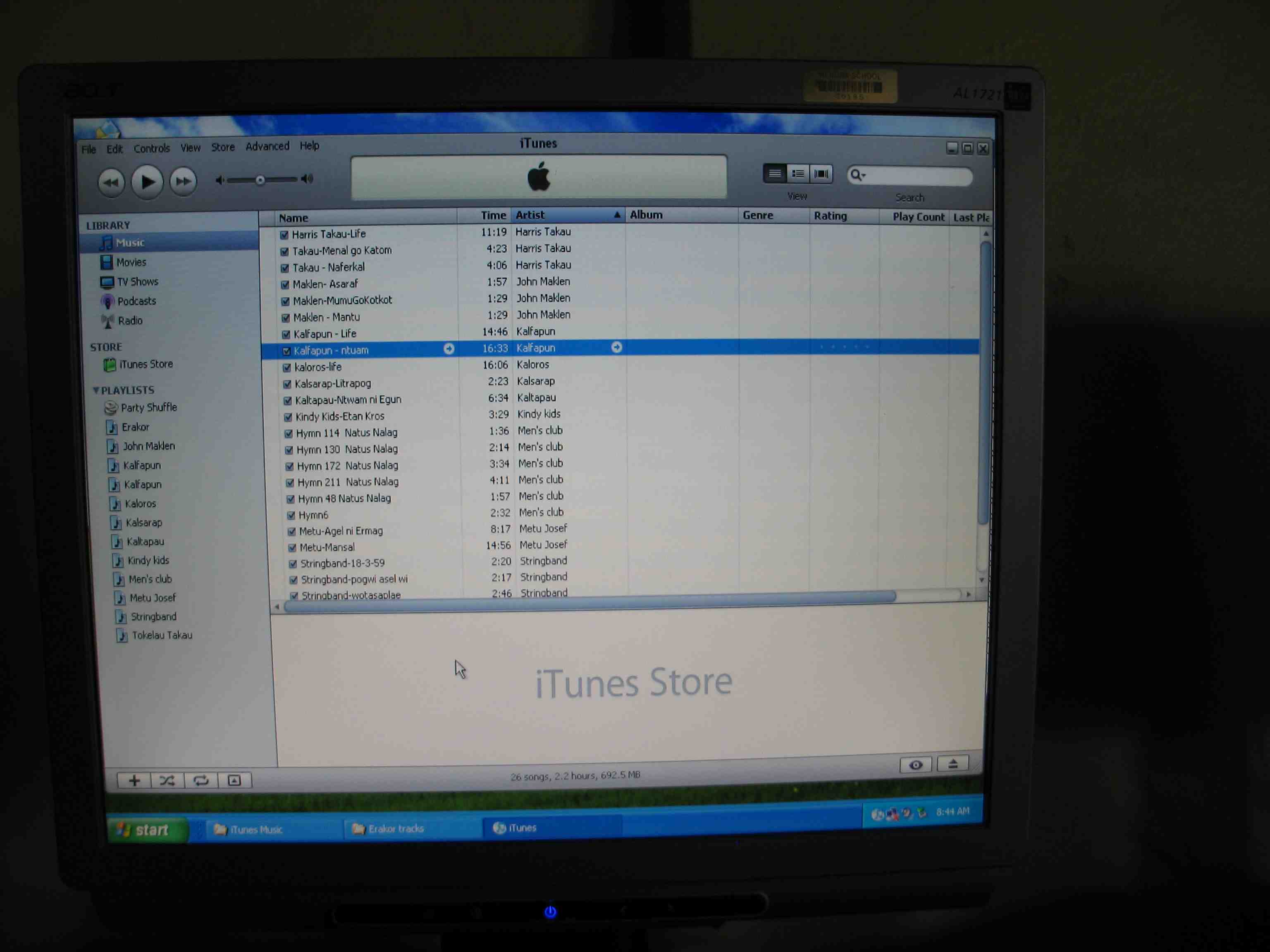 I am convinced by this and other examples that it was worth putting in the time to creating a reusable media corpus of my field recordings, indexed by textual transcripts. The basic principle is creating the data once, and then using it many times in many different ways.
Barwick, Linda and Nicholas Thieberger 2006, Cybraries in paradise: New technologies and ethnographic repositories. C. Kapitzke & B. C. Bruce, (Eds). (2006). Libr@ries: Changing information space and practice. Mahwah, NJ: Lawrence Erlbaum. 133-149. (http://repository.unimelb.edu.au/10187/1672)

3 thoughts on “How can we get the material we have used in our research back to the people we recorded?”